I managed to secure some stunning accommodation options in most of the wilderness camps on New Years day 2022 departing 3 weeks later, so rather short notice. Most of my previous visits were during the severe drought or before the rainy season. I watched the Sanparks Reservation page and followed the weather patterns in the Park carefully (almost on a daily basis). I was very sad to read about the two devastating fires. One in the north, burning from Botswana side and the second on Christmas day, starting at 13th Borehole.

Obviously I was overjoyed when firstly some good rains fell in the Kalahari and secondly when the accommodation at the Wilderness camps popped up on New Years day. I immediately grabbed the opportunity and secured my on-line reservation.

I managed to include the following:

It was good to meet up with my old friends, the camp attendants, in the camps again. They are doing an excellent job in looking after the facilities and the tourists. Thank you guys

I was overjoyed to arrive in the Park and being welcomed by lush green veldt. Unfortunately some evidence remained from the recent fires in the form of dead Camel Thorn and other trees. While I was there it also was overcast on some days with some thunderstorm activity. Overcast conditions made the photography very challenging.

The green grass , yellow flowers and burnt trees resulted in some stunning moody scenes that I tried to capture with my camera.

The road to Bitterpan Wilderness camp revealed some areas where the devastation of the recent fires were still very prominent, probably as this area has not received sufficient rain yet.

Some of the other images from the trip

Lots of the March lilies (I call them Rain Flowers) around.

For me this trip was a very emotional one as I missed out on the wonderful green Kgalagadi in 2021 as both my visits were in the dry months (one before the rain in January and second in May when the grass was now tall and dry making sightings difficult). I was amazed by the different moods and scenes encountered during the trip and can not wait to get back there in August 2022.

Thanks for reading, until next time 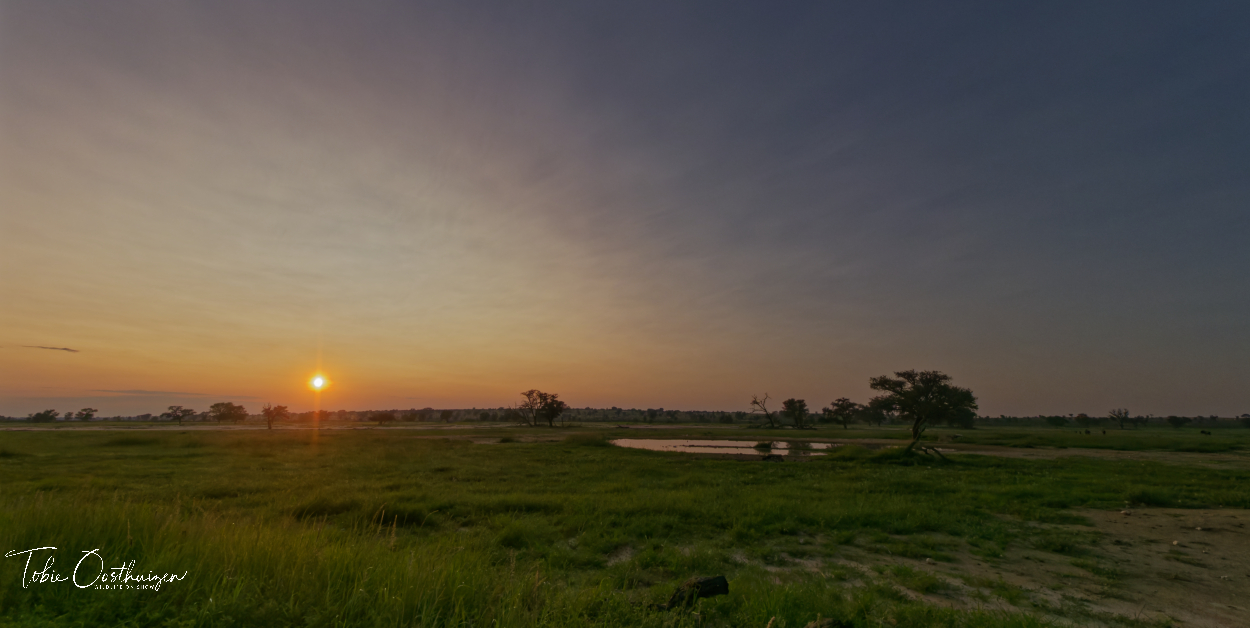