Every time I am about to leave for the KTP the question comes to mind, the direct way via Van Zylsrus or via Upington?? All of you that have recently travelled to the KTP, probably had the same question cross your mind. The direct route leaves the N14 at Kuruman and passes through Hotazel and then turns east towards Van Zylsrus. It is tarred up to +- 20 km from Van Zylsrus. It is then a dirt road all the way to Askham where it joins the tarr road (R360) from Upington. In total it is thus +- 170km of dirt road and roughly 280km shorter than via Upington. The Upington (N14) road has quite a few “stop and goes” (my pet hate!!) 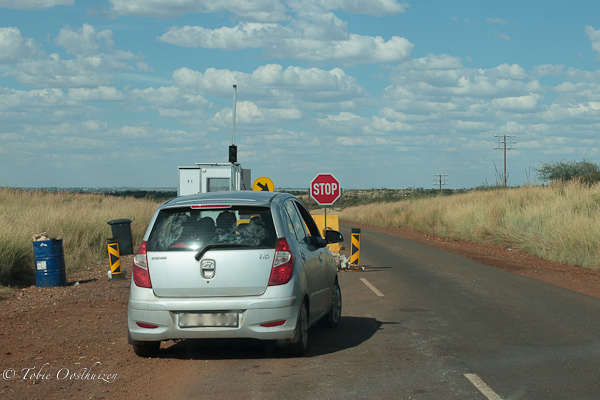 You can argue that travel time should be similar on either route as you have to travel at a slow 80-90km/hr on the dirt section. I have in the past travelled both ways and definitely prefer the direct route as the scenery is nicer (puts you in the Kalahari sooner) and the dirt section is not bad. Please keep in mind that this is my own view and everybody has to decide for them self.

The tar section between Hotazel and Van Zylsrus 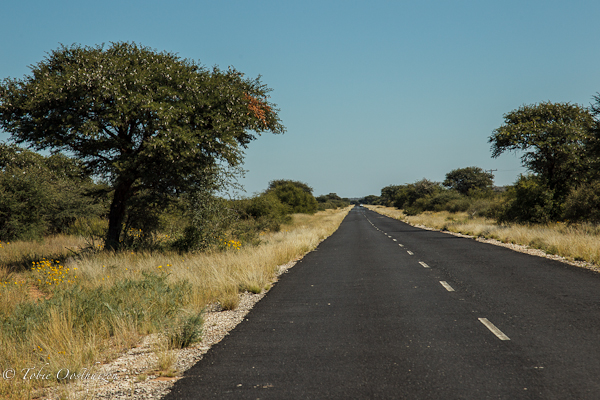 with even a side road for the off road fanatics. 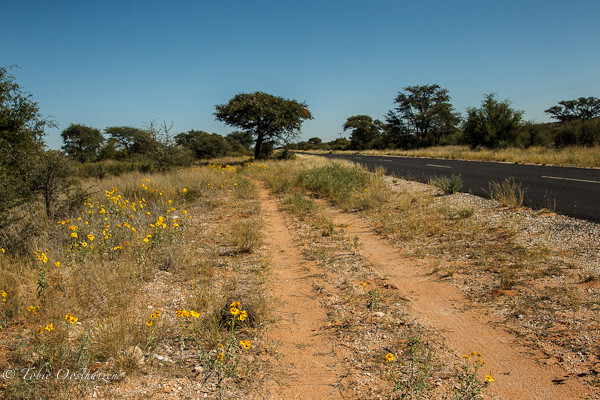 It has a short section towards the end which has some potholes in…. 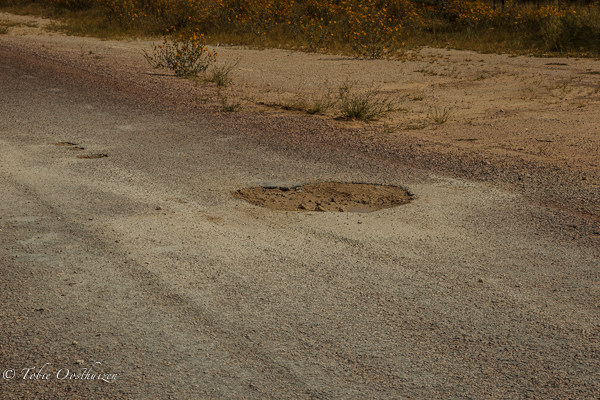 the end of the tar 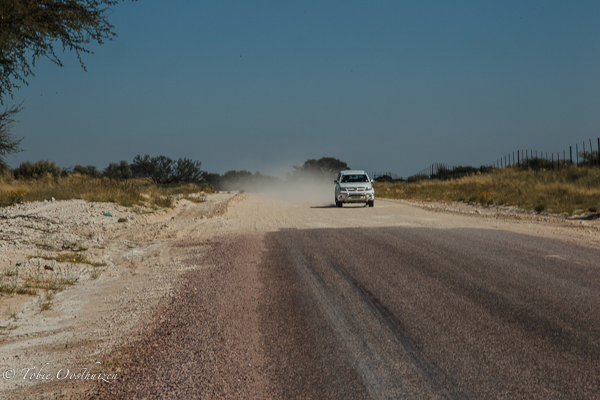 with some fellow travelers 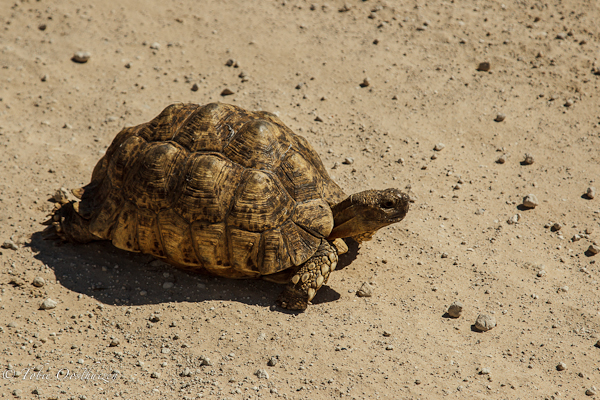 some road works on the only bad section (probably only 5-8km) but there has been no progress in this regard over the last 2 years. 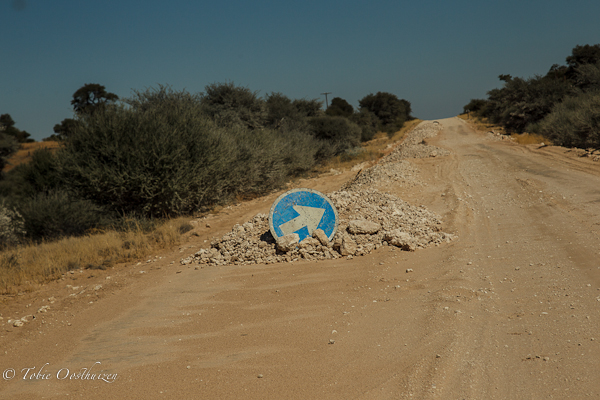 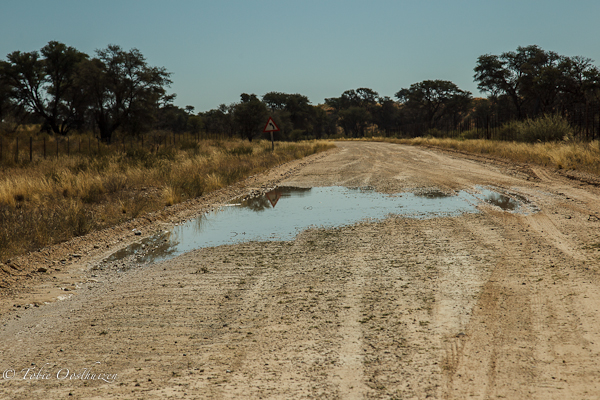 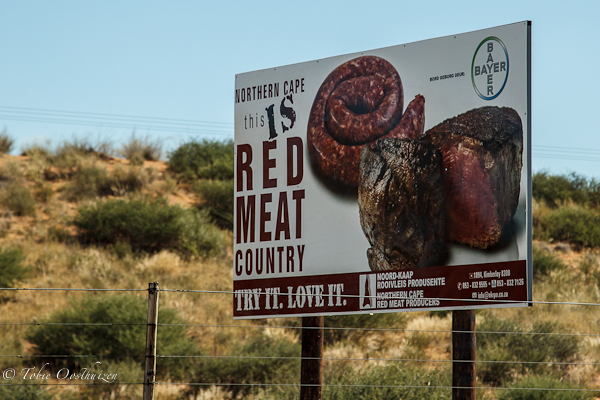 Although Sanparks does their best with the roads in the park 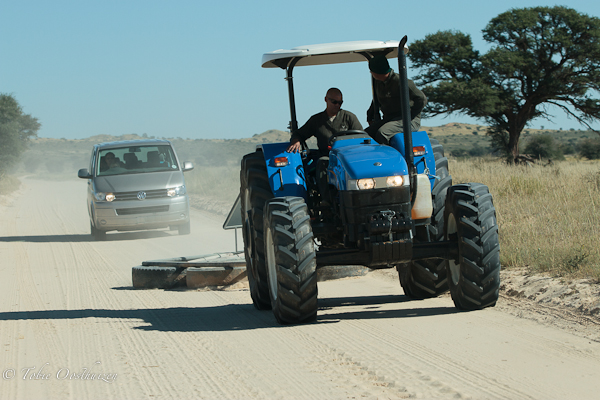 it very quickly deteriorates due to speeding and people not deflating their tyre pressure. 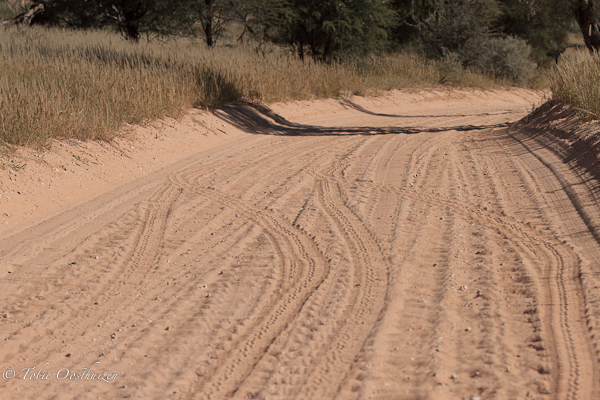 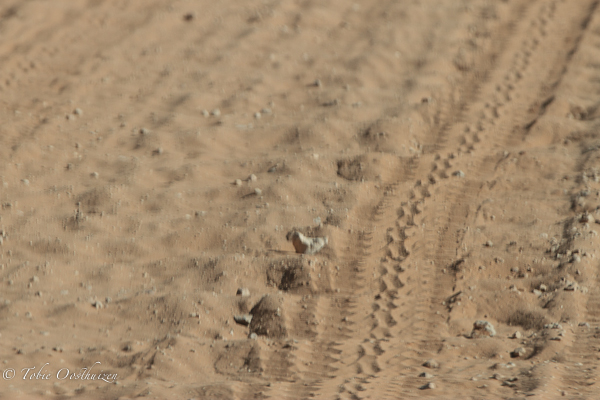 with some roads closed for repairs (feels like years…..) 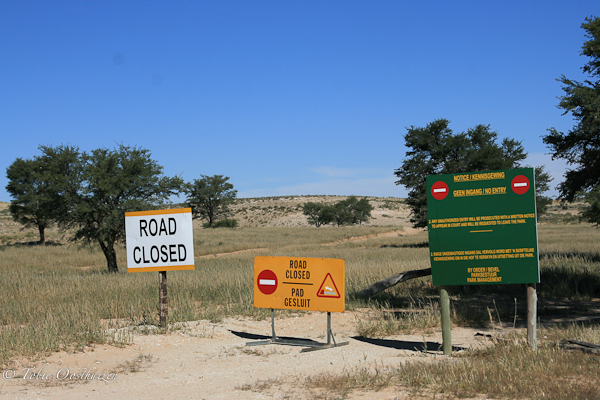 So which route do you choose?? I know what I will do…..

26 thoughts on “Road to and in Kgalagadi Transfrontier Park”