During my recent visit to the Kgalagadi Transfrontier Park I spent 4 nights at Nossob Rest Camp in the north of the park. The Park is currently experiencing a severe drought with average rainfall 10% of normal. Unfortunately it was so dry that most of the general game have migrated to other areas where there is more grazing available. 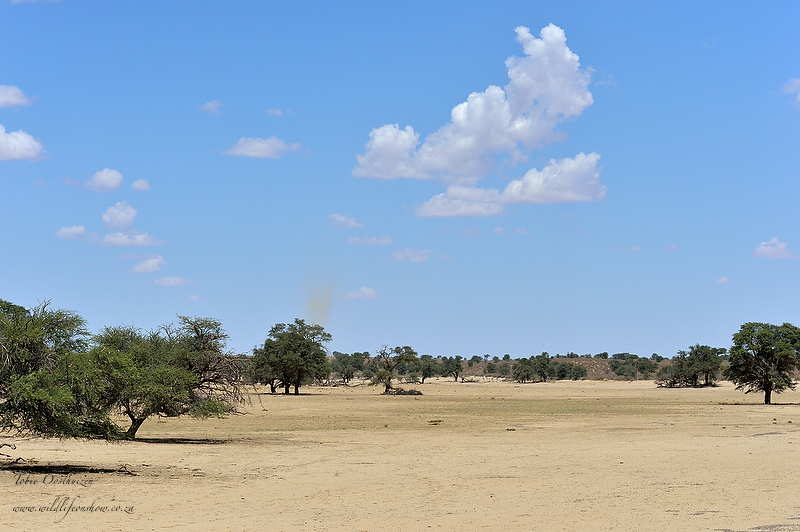 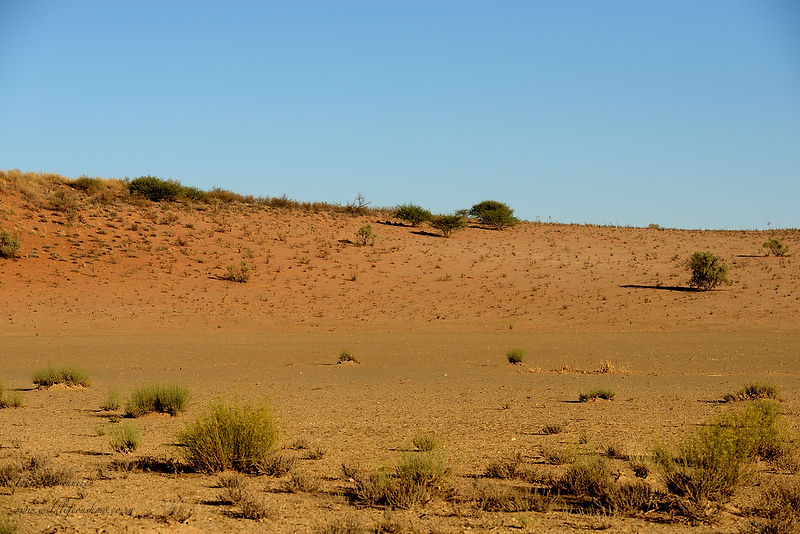 This unfortunate situation forced me to spend most of my time at Cubitje Quap, the first waterhole +- 10km north of Nossob camp. On my first visit to the waterhole I found quite a few jackal around the waterhole. It very quickly became very clear that the waterhole was dominated by a pair of jackal and all newcomers had to go through the normal jackal ritual of greeting one another. 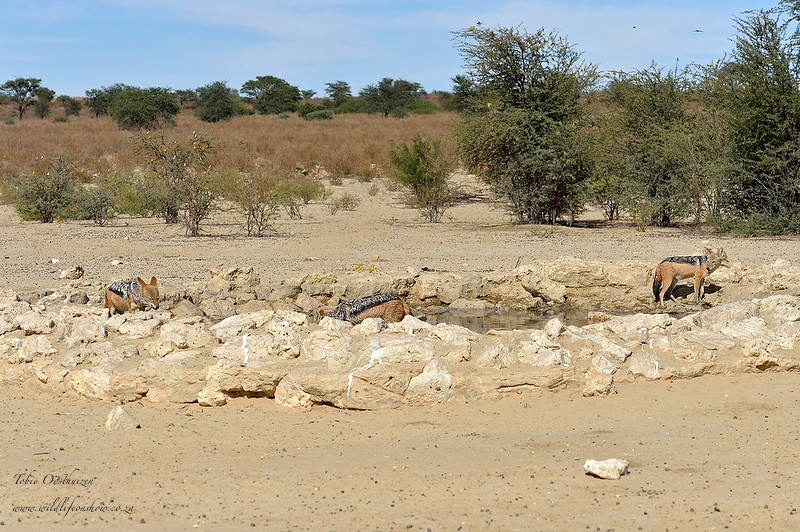 There was also the normal avian visitors consisting of doves and sand grouse. Very soon the jackal started trying to catch some of the doves for a late afternoon snack. 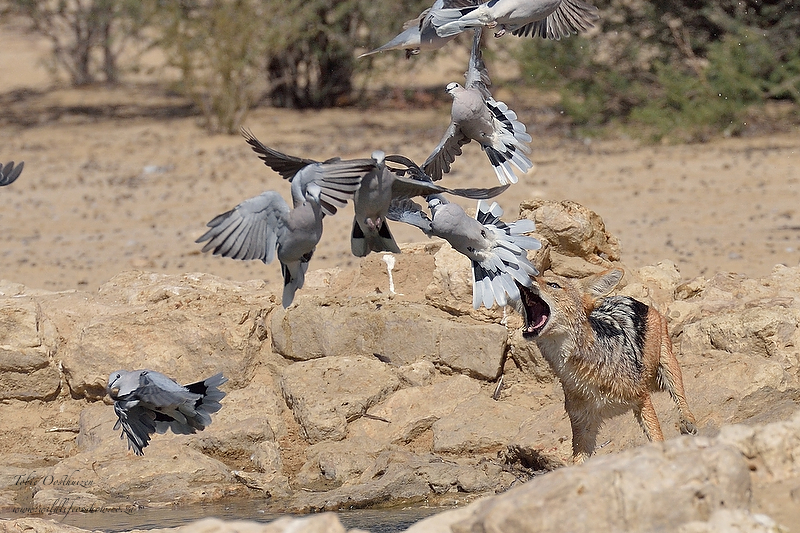 During the morning the sand grouse start visiting for a drink of water. The jackal very quickly surprised me but starting to catch their morning meal 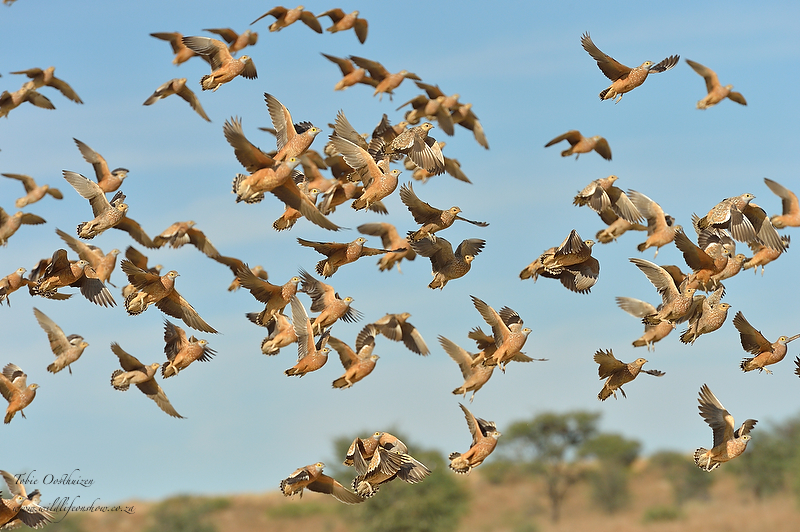 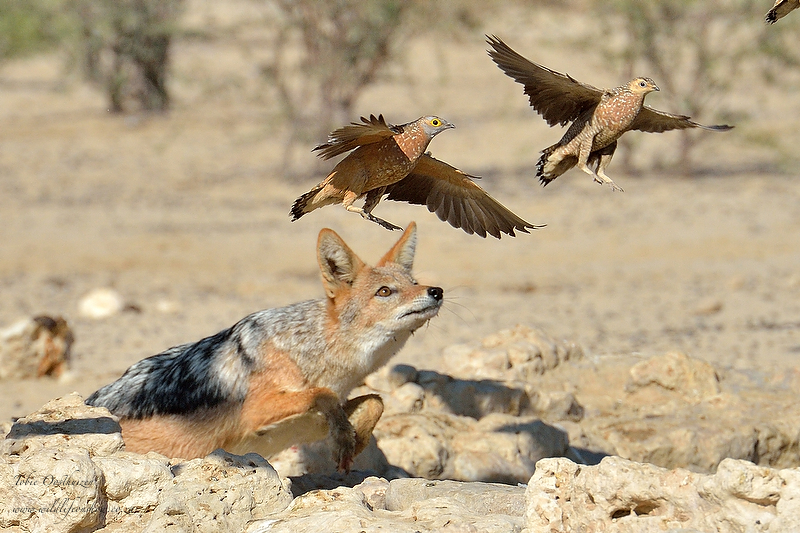 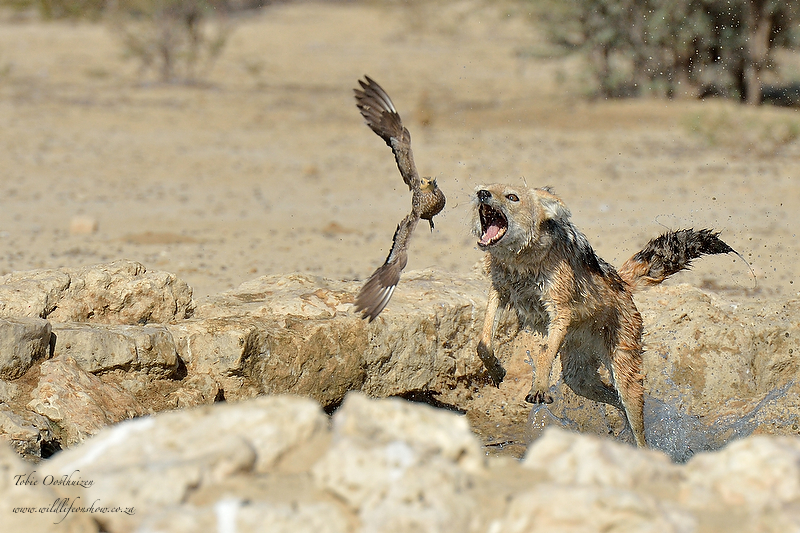 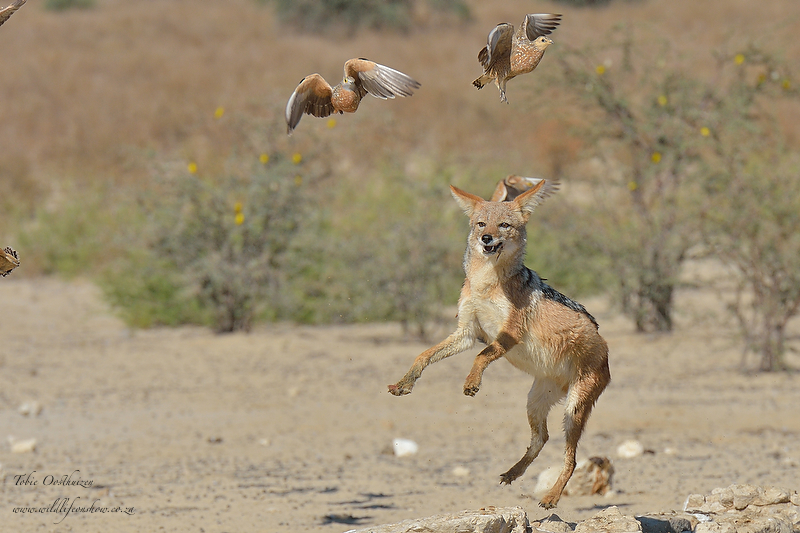 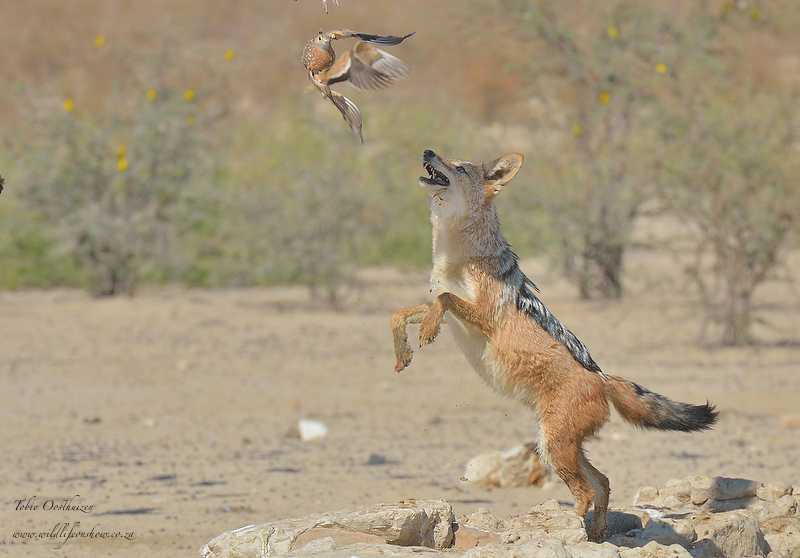 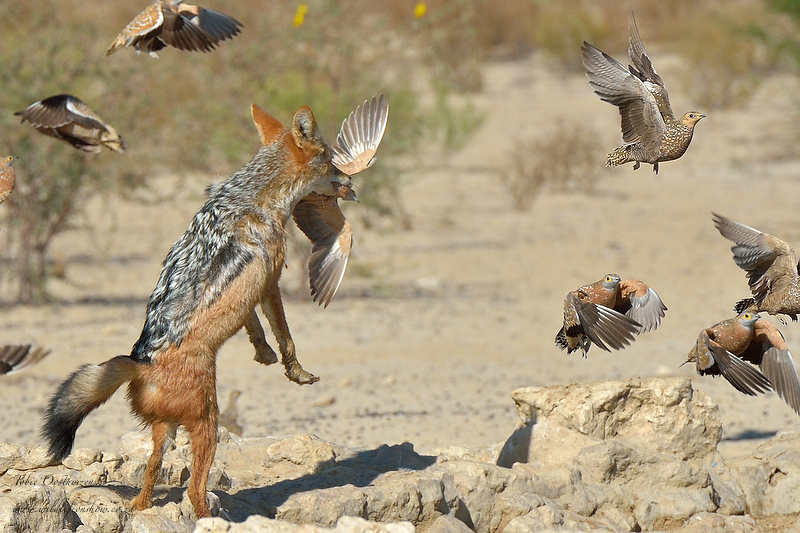 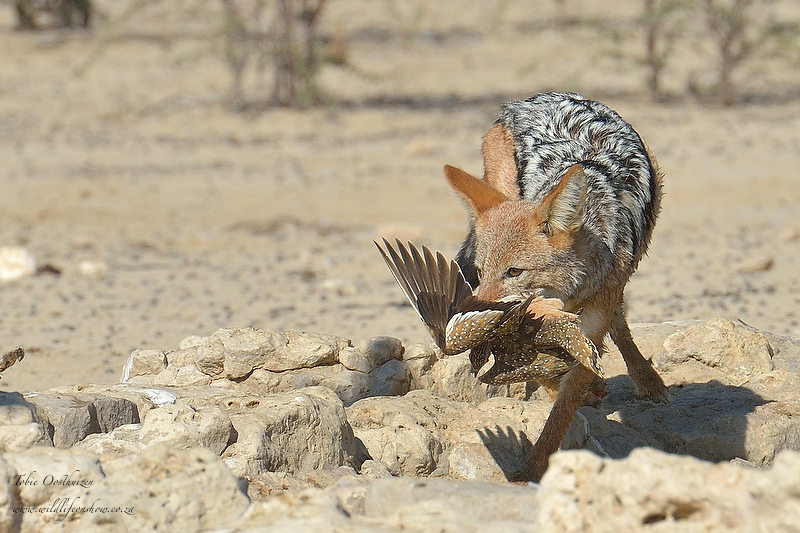 I was really surprised by the success rate of the jackal. The male jackal was a specialist leaper and would catch the sand grouse as they come in to land. On the other hand the female waited for them to land and would then rush them and take them from the water.