As this was probably going to be a hot and long day (first of many) I decided to have an early start. I left Van Zylsrus at 5:00 after a quick cup of coffee and some rusks that were available in my room. It was so nice to travel through the beautiful countryside so early in the morning. On the way I saw quite a lot of game, including some giraffe in the far distance. After stopping for fuel and some mean braai wood in Askham I arrived at the gate of my beloved KTP. 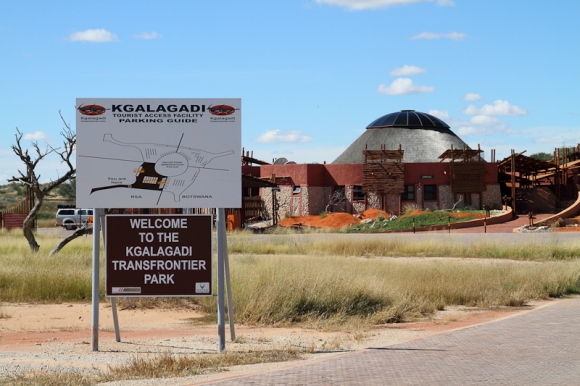 The lady at reception was so nice and friendly. She quickly directed me to the HR lady Ms Mouton to drop of some Xmas gifts for the children. After also leaving some magazines for the bush camp attendants in KG’s office, I decided to buy Eric at Urikaruus some cooldrinks and sweets. I was shocked by how unfriendly the lady behind the counter was. I could not help it but very kindly asked her if she could smile. After her confirmation I asked her to please do it more often….. (I don’t think she liked it but hell we are the customers)!

After deflating my tyres (another unfriendly experience, the attendant suggesting that I do it myself, using a twig that I break off a nearby tree……… no Tsamma awards for this department!) I left for Mata Mata after all the last minute calls home, the children and the office. My dear wife decided to not face the summer KTP heat so this is again a solo trip.

I decided to quickly pop in at Samevloeiing to only find this “KG special anthill”. Some birds have marked their territory. 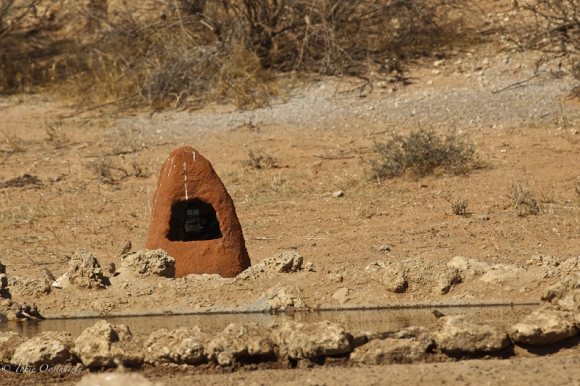 These camera traps are used in KTP to gain photographic evidence of visitors at various waterholes. These camera are really working very well (http://www.sanparks.org/forums/viewtopic.php?style=2&f=38&t=55728)

It was now already heating up and most of the animals were starting to move into the shade. On the way I spotted the normal general game and some birds. This Agama Lizard was enjoying the sunshine although he looked like doing the split. 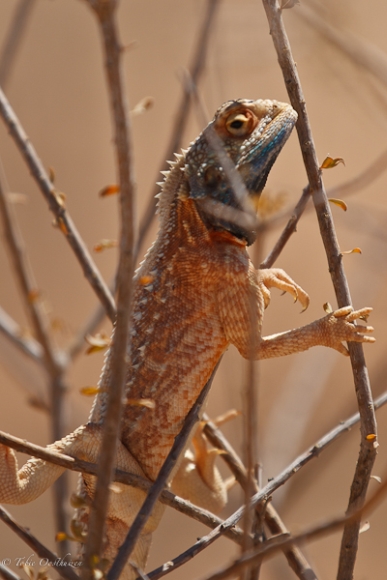 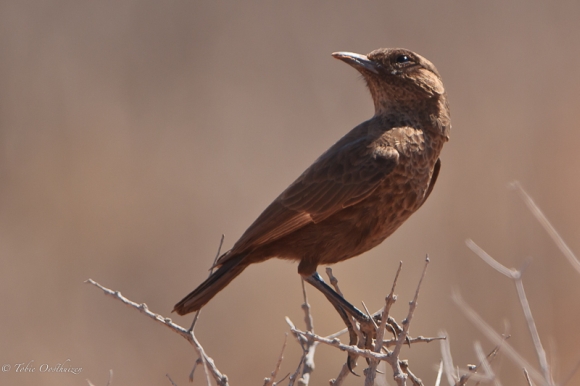 This Red Hartebeest was looking for some relief from the heat 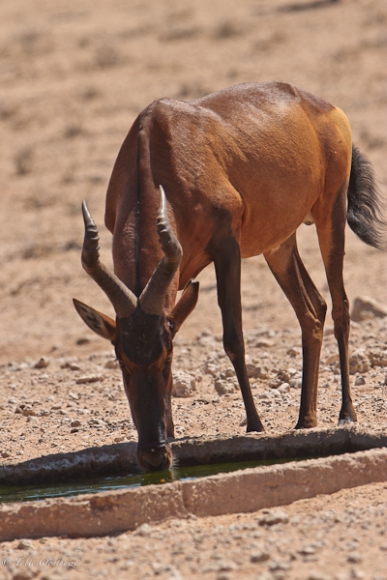 This Blackbreasted Snake Eagle  was looking around for something to eat 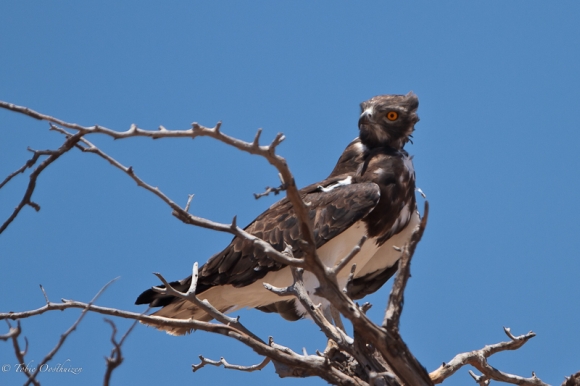 After stopping at Urikaruus to drop of the cooldrink and sweets for Jacques (Eric will only be back on Wednesday) I made my way to Mata Mata.

I stopped for a while in the shade at Craig Lockhardt. This White-browed Sparrow-weaver (I think) was scratching around next to the car for some nesting material 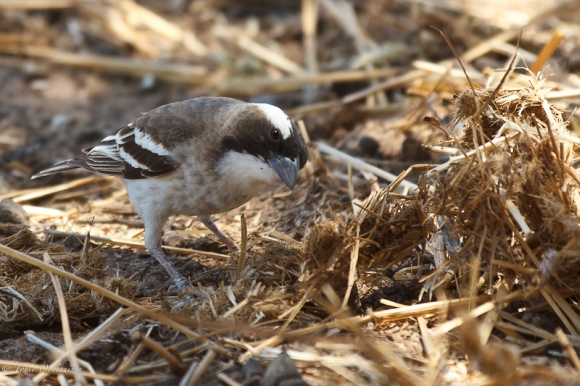 At reception I had to wait quite some time to check in as there were some foreign tourists that entered the park from Botswana through KAA gate and never went to 2R to have their documents stamped. They were very unhappy with the lady at reception as she was telling them that Namibia won’t let them in unless they have the necessary stamps, they insisted to talk to her manager and she eventually helped me as they were trying to phone somebody to help them.

Checked into the new chalets (mine was no. 2) and unpacked all my goodies and made sure that I got some beers into the fridge. It is amazing the amount of damage to the walls of the news chalets (inside corners) even at heights where you would not expect it. What are the people doing??

The friendly resident Squirrel welcomed me 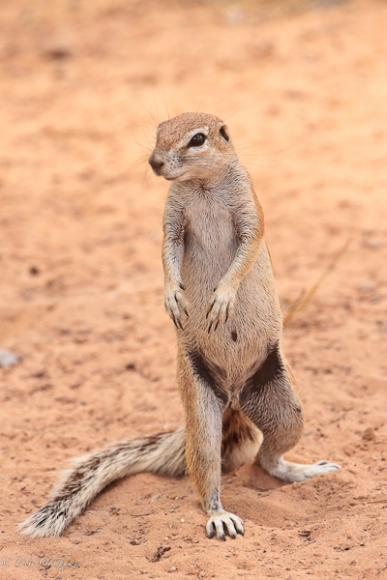 This Blouwildebeest  was resting outside camp in the shade 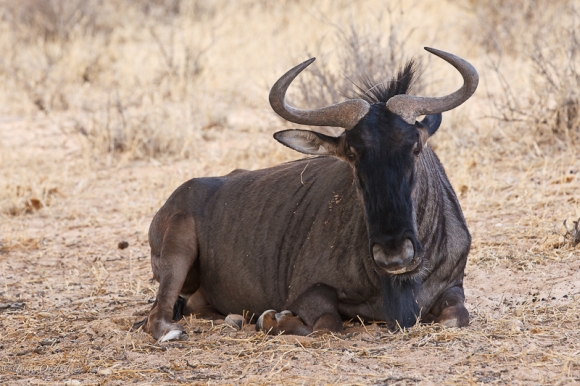 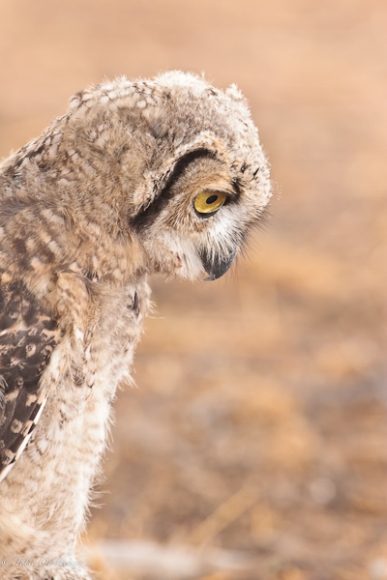 Throughout the afternoon the clouds started building up and just after I arrived at Craig Lockhardt, it started raining, first softly and then a heavy downpour for a few minutes. The smell of the fresh rain on the soil will always be so special, more so in a very dry KTP. 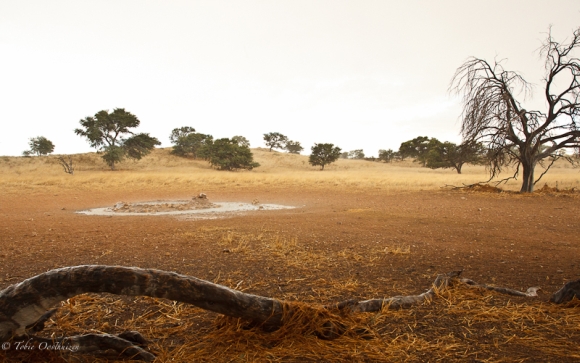