During a mid day visit to Nossob hide I noticed that the animals coming for a drink were very careful and some of them quickly ran off even before drinking. I then noticed a drenched sand grouse swimming around in the waterhole. The poor bird was trying it’s best to get out but with very little success. I also noticed a second one, unfortunately already dead floating around. 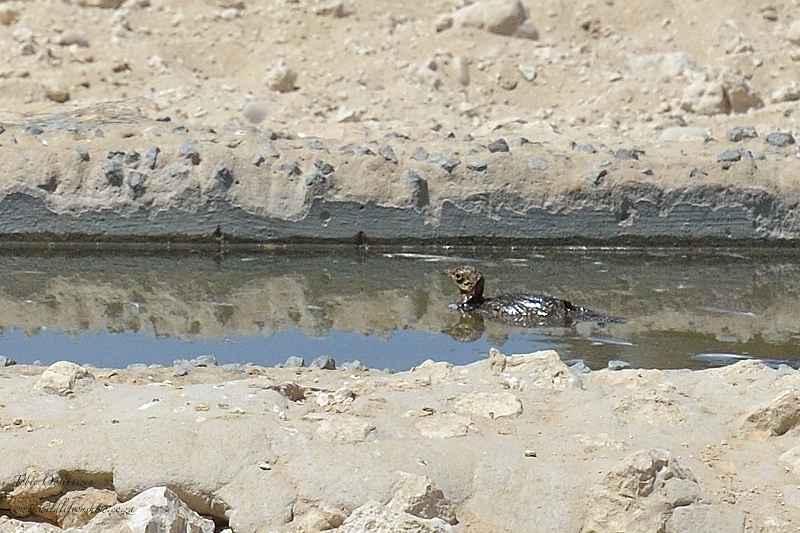 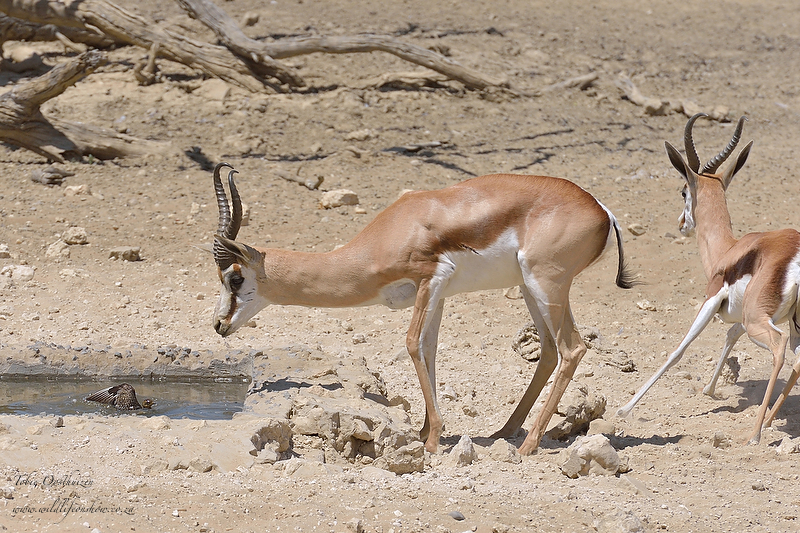 Then two crows came for a drink and the one immediately tried to have a quick meal. He grabbed the poor sand grouse by the beak and tried to pull him out. This time the bird tried it’s best to not be pulled from the waterhole. 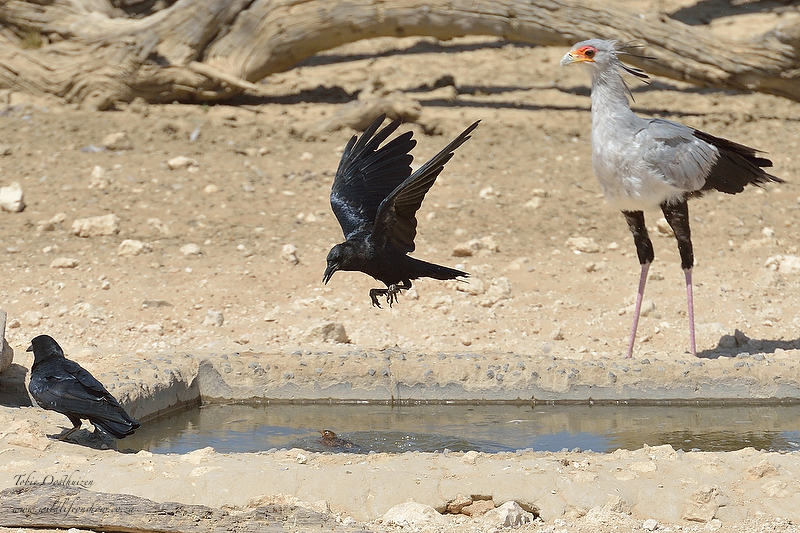 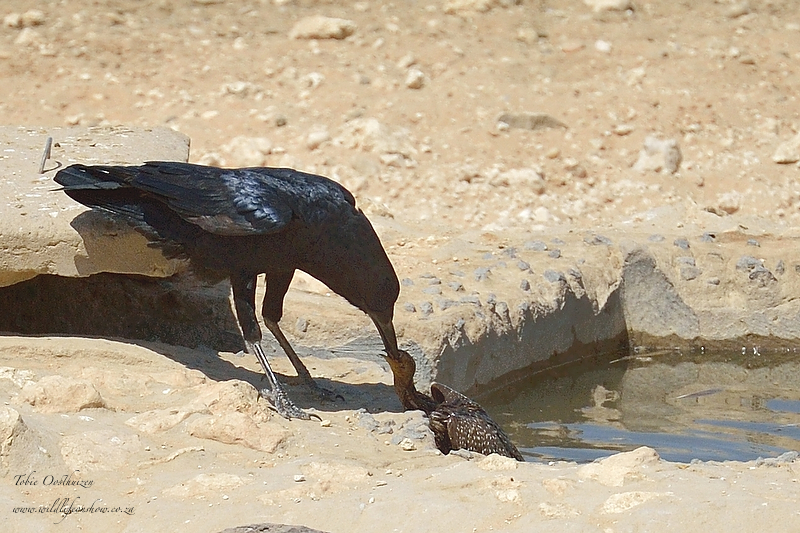 Eventually the crow lost his grip on the sand grouse and gave up the idea of a quick meal. 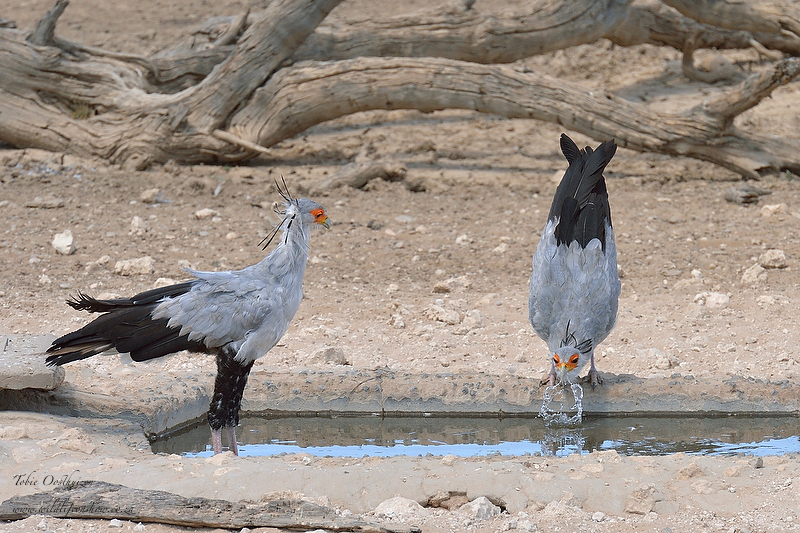 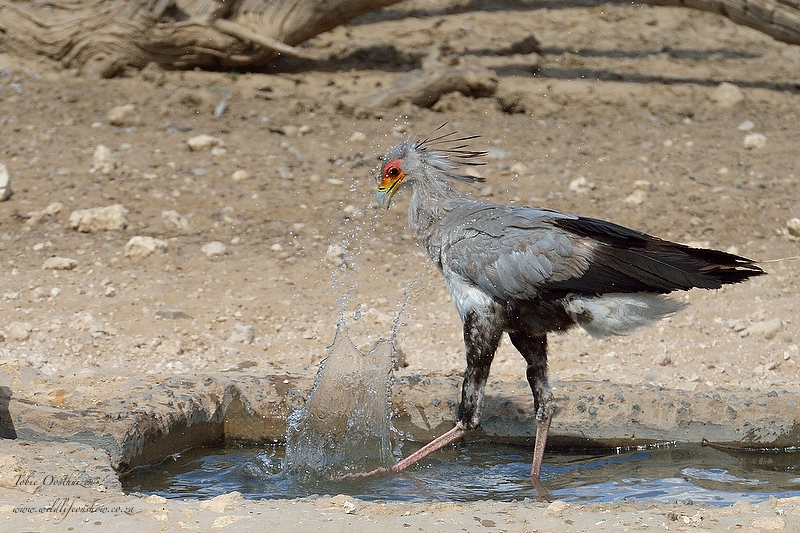 The secretary bird then lifted the dead bird out of the water (dropping it a few times) and then ripped it apart and gobbled it down. 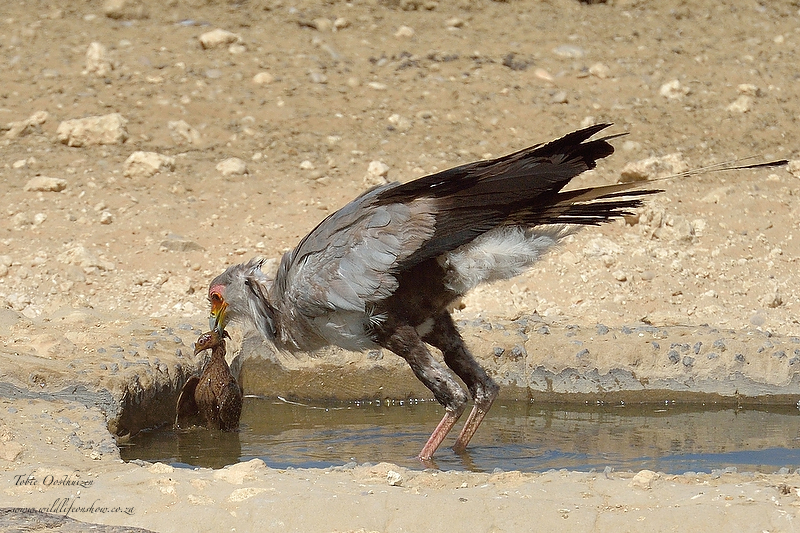 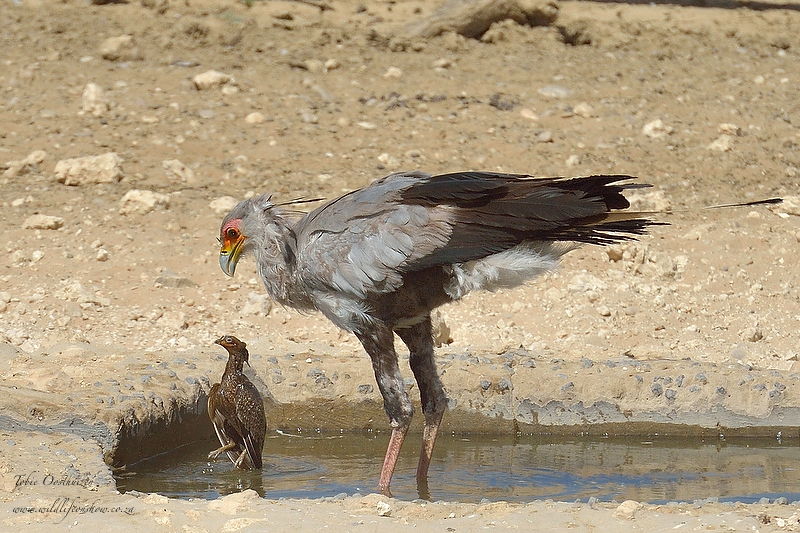 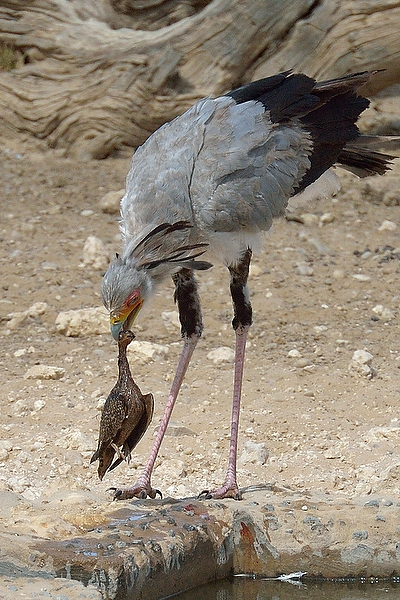 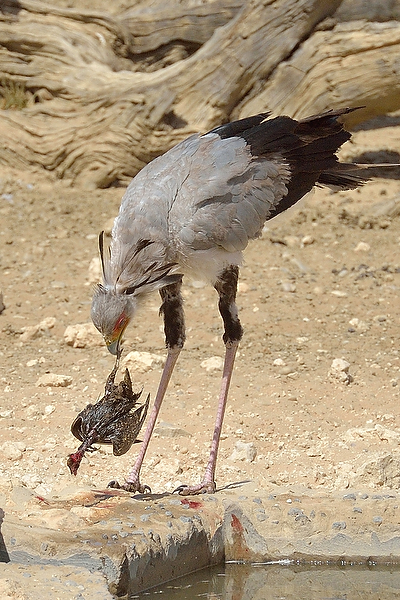 Although a very sad incident with the sand grouse really fighting for survival, it is really a true reflection of what nature is about.

2 thoughts on “Survival (or not) at Nossob waterhole”