During my recent visit to the Kgalagadi Transfrontier Park I stumbled onto, what turned out to be, an very interesting sighting in the Nossob river bed, close to Rooiputs. A secretary bird was hunting for insects and other tasty snacks in the area. The bird was walking from bush to bush, flapped it’s wings and waited for something to move so that it can very quickly be stomped upon (the secretary bird hits the target very hard and incredibly fast with it’s claw). 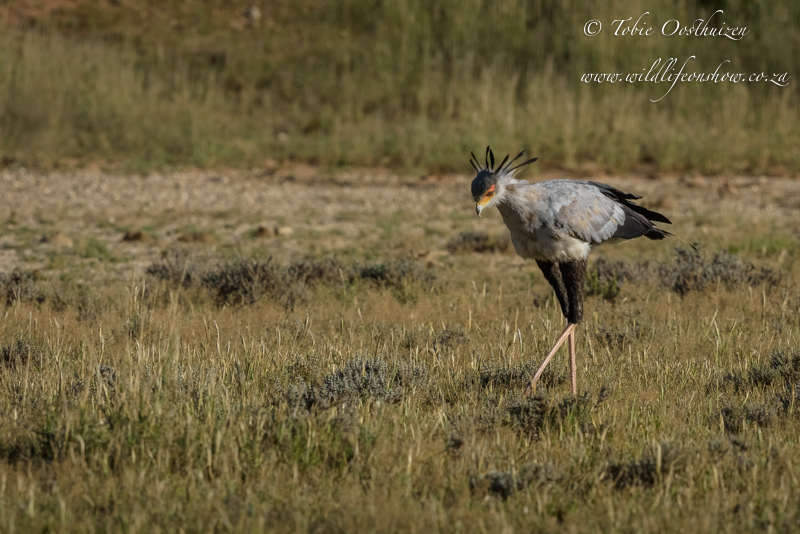 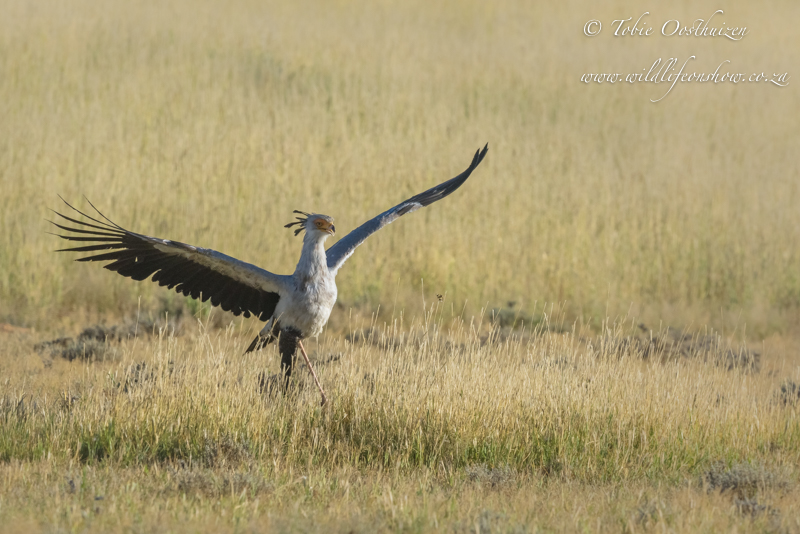 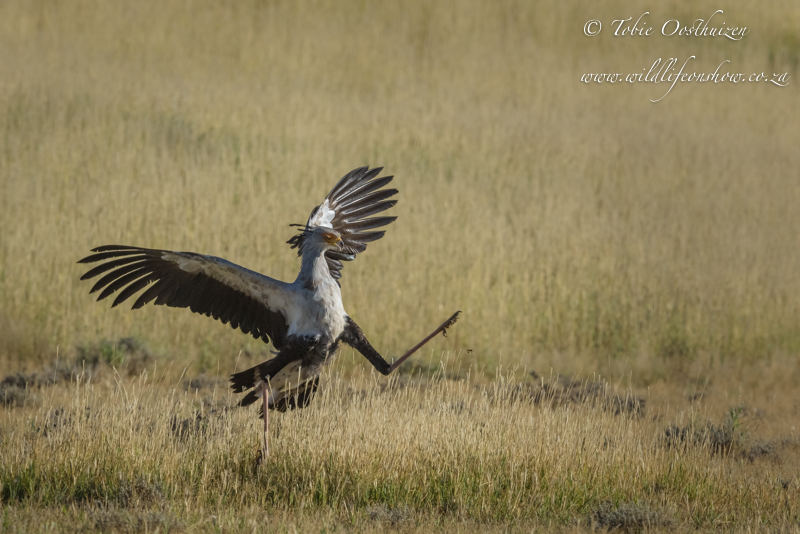 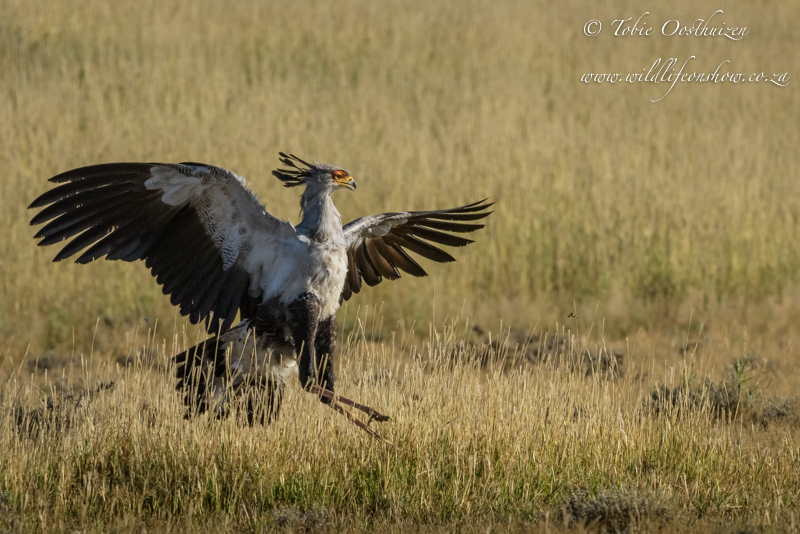 All this excitement very quickly drew the attention of a young Black-backed jackal that was hanging around. The jackal was under the impression he can quickly sneak in for a quick win. Now the hunter became the hunted. The jackal made a few quick dashes for the secretary bird but was punching above his weight. 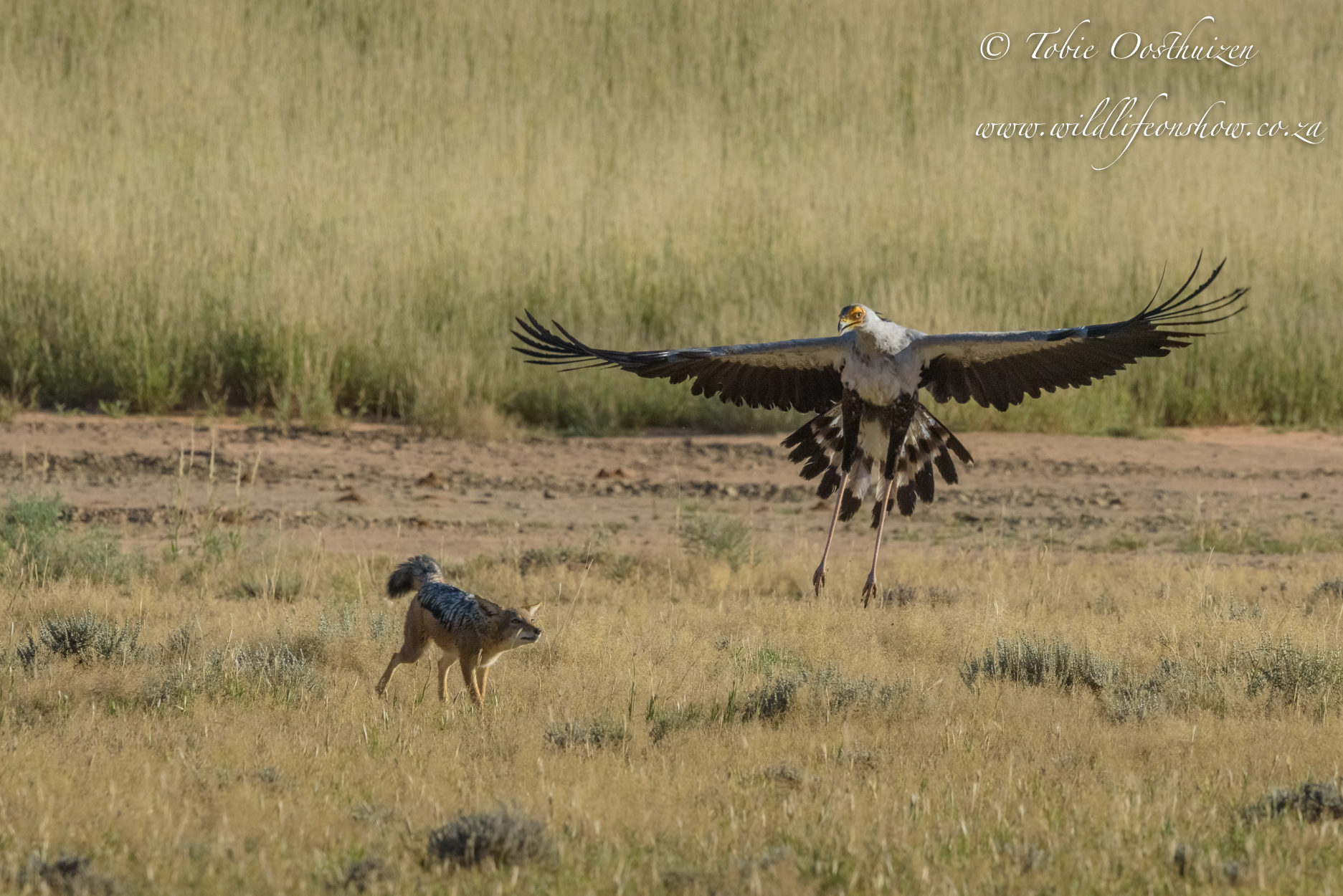 Suddenly the secretary bird decided he had enough and turned to face off the jackal. He came in for the strike with those deadly feet. 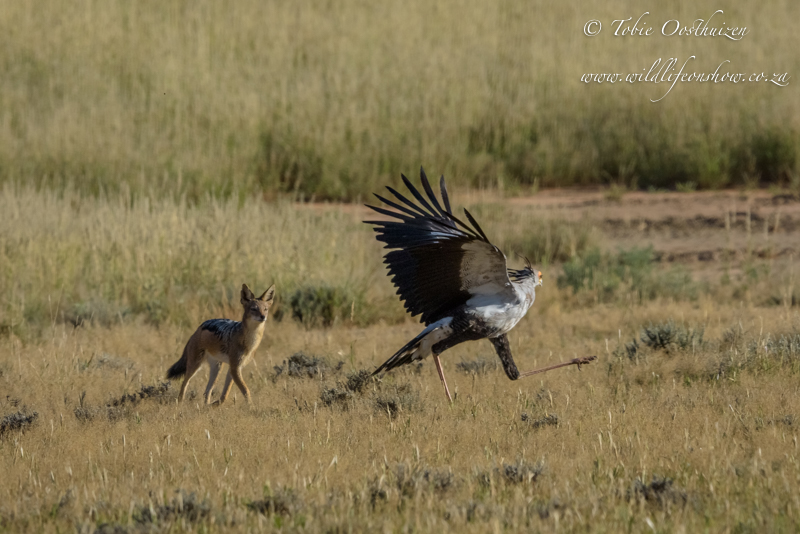 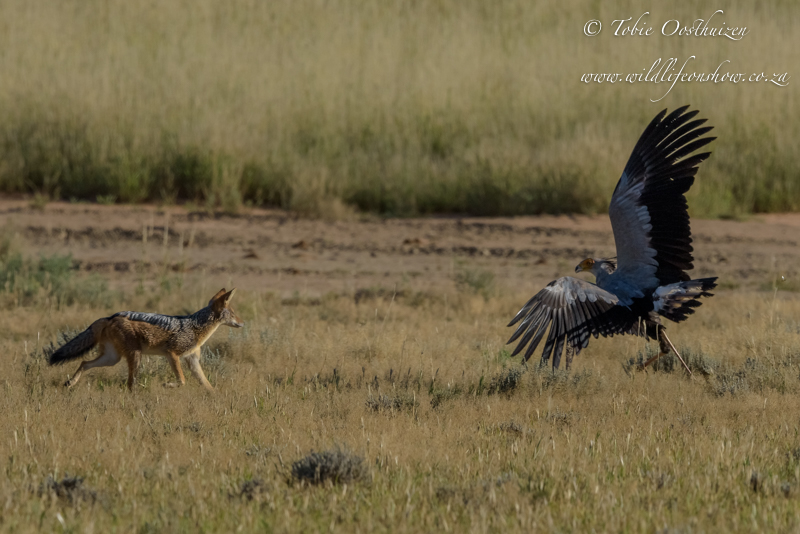 This was just too much for the poor jackal, who trotted off and the secretary bird continued hunting. 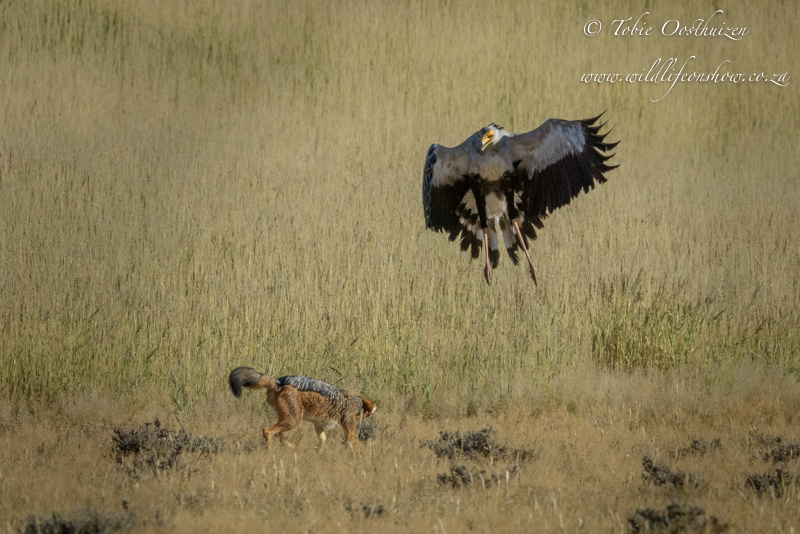 Peace returned to the Nossob valley.